God took centuries, as revealed in the Old Testament, to carefully prepare for the birth of his Son.  Then, when the time had fully come, God sent forth His Son.  It happened at an appointed moment when Caesar Augustus was emperor of Rome.  At that appointed moment, “the Word became flesh and dwelt among us, full of grace and truth.”  (John 1:14)

But not everyone was ready for that illustrious event.  The innkeeper was not ready.  His inn was filled with important people who could afford his house, so there was no room for the carpenter of Nazareth and his weary bride.  King Herod was not ready.  His fearful reign could not tolerate a rival for his throne.  The religious leaders of the time were not ready.  They longed for a Messiah who would come in kingly glory to rule on the throne of David.

So few were ready. The shepherds watching their flocks were ready and received the good news. They immediately went to find the babe just as the angel had proclaimed.  Since then, twenty centuries of Christmases have passed.  Are we any more ready for the coming of God’s Son today than the day of His birth?  Yet to this day He remains Emmanuel, God with us.

Now is the time to make ourselves truly ready to receive all that Christ is.  Now is the moment to come and adore Him, not as a babe in a manger, but as the Lord of our lives.  Now is the time to bring Him our gifts, not gold, frankincense and myrrh, but hearts filled with love and a life dedicated to His service.

Jesus is Emmanuel, God with us, not only at Christmas time, but every day, telling us that God loves us even though we are unlovely and unloving.  Oh how the world needs Jesus.  Christ alone is the transcendent gift of love from the Father to the world.  In Christ alone may we receive forgiveness of sins and life eternal with Him.  What better gift can you give anyone this Christmas Season than to tell them how to receive  God’s Greatest Gift? 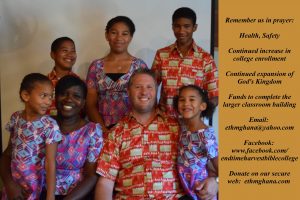 May you be
especially blessed this
Christmas Season!